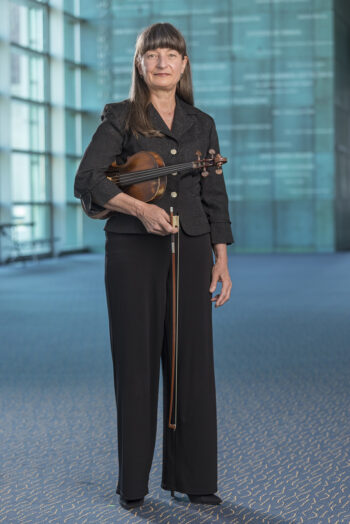 Tracy Dunn first performed in Omaha as a member of the Symphony during its 1981/82 season. She was also the second violinist of the Omaha Symphony String Quartet. Prior to her current tenure with the Orchestra, which began in 1987, she was a member of the Gulbenkian Orchestra under the direction of Claudio Scimone in Lisbon, Portugal. At that time she also was a founding member of the Lisbon String Trio. Tracy spent a year following her seasons in Lisbon as a member of the Basque National Orchestra in San Sebastian. Upon her return to Omaha, Tracy has been an active chamber musician with various ensembles performing in Omaha and abroad.