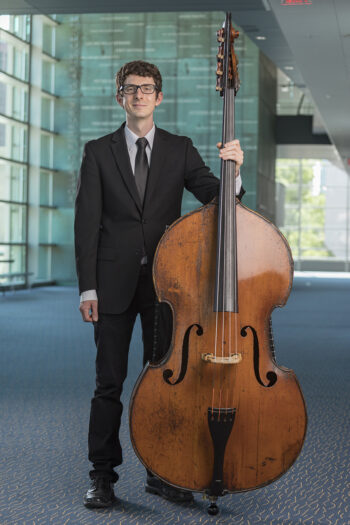 A native of Manhattan, Kansas, Bobby is a stylistically diverse bassist and educator with experience in a wide range of genres. Bobby currently performs in the bass section of Omaha Symphony, and is assistant principal bass in Lincoln Symphony. His festival appearances include the Aspen Music Festival in 2019, and co-principal bass of the National Repertory Orchestra in 2017.

In addition to his orchestral career, Bobby has performed jazz, rock, and pop throughout the United States, appearing at such venues as The Jazz Kitchen and The Chatterbox in Indianapolis, as well as Jazz at Lincoln Center in New York City. He received two awards from Downbeat Magazine’s Student Music Awards in 2015 for work with his co-led jazz septet JKS. Bobby was also invited to Ravinia’s Steans Institute Program for Jazz in 2014, where he studied with faculty Dr. David Baker, Rufus Reid, Curtis Fuller and Dr. Nathan Davis.