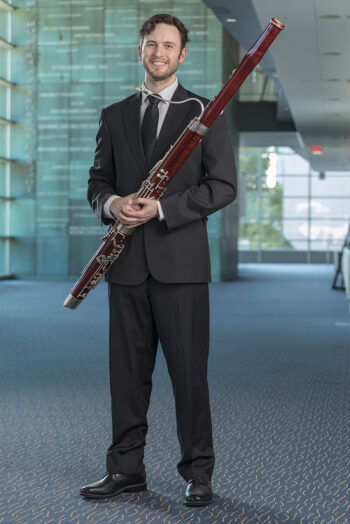 Nicholas Nelson joined the Omaha Symphony as assistant principal and second bassoon in September of 2016. Previously he held positions and performed with orchestras and festivals across Texas, the Midwest, and Canada. He holds degrees from the University of Texas at Austin, Northwestern University, and Cleveland Institute of Music where he studied with Kristin Wolfe Jensen, Christopher Millard, and John Clouser respectively.

Nick enjoys performing frequently as a chamber musician with the Omaha Chamber Music Society and the Bassoons Across Nebraska bassoon quartet. Prior to joining the Omaha Symphony he lived in Austin, TX as a freelancer and private teacher.