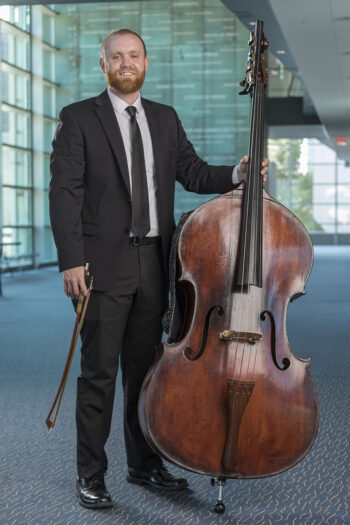 Nate has performed with the Indianapolis Symphony Orchestra, the National Repertory Orchestra, the Oregon Symphony, and the Santa Barbara Symphony. He has also participated in the Aspen Summer Music Festival, the Brevard Music Center Summer Festival, and the Interlochen Arts Camp. Nate earned his Bachelor of Music and Performance Diploma degrees from Indiana University’s Jacobs School of Music and graduated with a Masters of Music from the Colburn Conservatory. He is thrilled to have won a permanent position with the Omaha Symphony as principal bass and begins his second season in that role in September 2019.