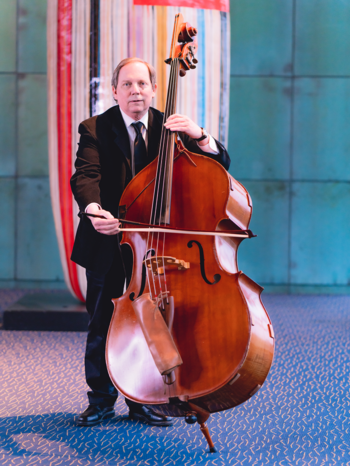 Michael Swartz grew up in Lincoln Nebraska. During the 1971-1972 season as a senior in high school he played in both the Lincoln and Omaha Symphony. Mike studied applied double bass with Oscar Zimmerman at the Eastman School of Music. He received his BME and Masters in Secondary Administration from the University of Nebraska and retired from the Lincoln Public Schools as an Orchestra Conductor and Strings Specialist in 2014 after 31 years of service to the district. During his tenure with the public schools he served as director of the Lincoln Youth Symphony for 20 years and nurtured a private bass studio which he still maintains today.

As a strong believer in music as a medium for community service, he was the “Captain” and leader for the SAIL (Strings Alliance in Lincoln) Summer Music Camp, serving over 350 students annually for 32 years until retiring in 2017. He is a past president of Nebraska American Strings Teachers Association, received the Nebraska ASTA-2009 Outstanding Music Educator award and is an “Admiral” in the mythical Navy of the Great State of Nebraska. In 2013 he received the ”Distinguished Music Educator Award” from Yale University where he attended a symposium in improving music education in the public schools.