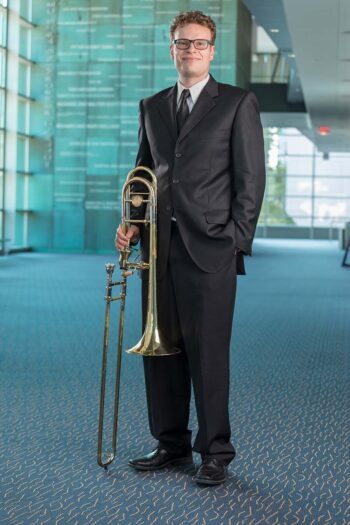 Jason Stromquist was born into a musical family in Powell River, British Columbia. Initially taught by his father, who was the local band director, he enjoyed success in local and provincial competitions. In 1998 Jason moved to Hood River, OR, where he completed high school and began studying with Robert Taylor, 2nd Trombone at the Oregon Symphony. After spending two years studying music at Portland State University, Jason moved to New York City to further his study with David Finlayson, New York Philharmonic, at the Aaron Copland School of Music.

After graduating with a Bachelors of Music Performance in 2003, Jason started his professional career as Acting 2nd Trombonist of the Oregon Symphony in the spring of 2004. Currently Jason is the 2nd Trombonist with the Omaha Symphony, a position he has held since 2004. In addition to his commitment to the Omaha Symphony, Jason is an active freelance trombonist and private teacher.