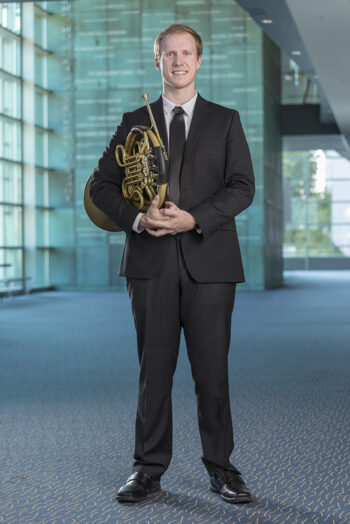 Brett Hodge, a native of St. Louis, Missouri, is currently the principal horn of the Omaha Symphony, a position he has held since 2016. In addition to this position, he also serves as the third horn of the Grant Park Music Festival in Chicago, Illinois, where he now spends the majority of his summers.