At the 2022 Physicians Mutual Omaha Symphony Christmas Celebration, we will feature our first ever Youth Ensemble! These young performers were selected by Maestro Ernest Richardson to showcase the depth of talent we have here in Omaha while presenting them with the opportunity to perform and rehearse alongside professional musicians. Read about them here. 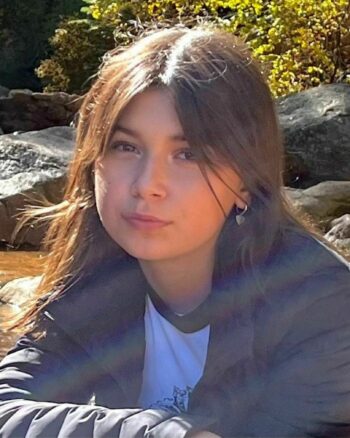 Clara Kizer is a freshman at Marian High School where she is involved in choir and Culinary Club. Clara plays violin and performs with the Omaha Conservatory of Music’s Frontier Strings Ensemble. She participated in the Nebraska Opera Project’s production of Amahl and the Night Visitors, Creighton University’s The Nutcracker, as well as Marian’s production of Beauty and the Beast. Clara is the daughter of Mindy and Bill Kizer. 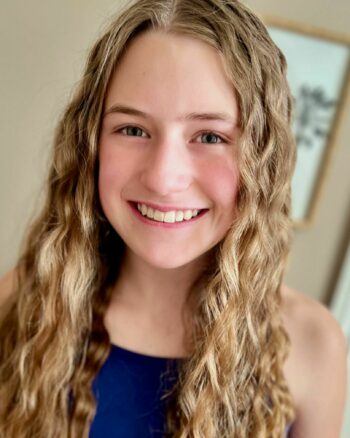 Quinn Krejci is a second year vocal student at Omaha Conservatory of Music. Most recently Quinn played the role of Teen Fiona in Shrek The Musical JR, at St. Patrick’s Catholic School in Elkhorn. Quinn is in seventh grade and loves to sing. She also plays competitive volleyball, runs track, and swims.

"Christmas music is magical, and I’m thrilled to share the stage with the Omaha Symphony!"

"It’s an honor to make my Omaha Symphony debut in Christmas Celebration. I love singing Christmas carols, so this is an amazing experience!” 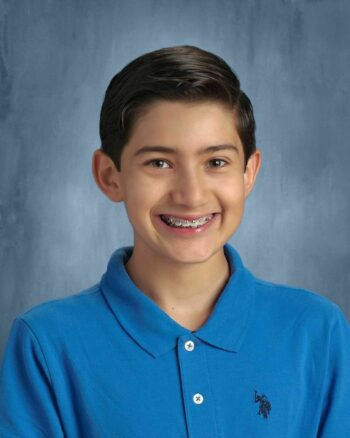 Matias Prieto is passionate about the arts, including music and theater. He is excited to begin his acting journey. He has been studying voice and piano at the Omaha Conservatory of Music since 2018 and was a Merit Scholar for voice in 2022/23. He also plays the baritone at Elkhorn Valley View Middle School. He's fluent in Spanish, member of the Quail Run Horse Centre, and Omaha Fencing Club. His hobbies include Roblox, Minecraft, and building LEGOS.

"I'm excited to share the stage with so many talented musicians from Omaha. I'm also excited to see people come together to celebrate the holiday spirit with all of us." 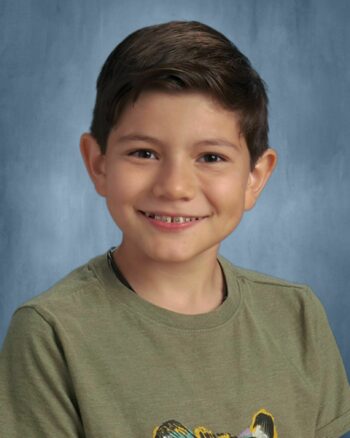 Martin Prietos enthusiasm for the arts includes music and theater. He is delighted to start his singing and acting journey. He studies voice and guitar at the Omaha Conservatory of Music, he's a student council member at Blue Sage Elementary School, is fluent in Spanish, member of the Quail Run Horse Centre, and on the Omaha Fencing Club. His hobbies include reading, roblox, magic, and building LEGOS.

"It means the world to me to have been selected to participate in this Christmas concert. Christmas is my favorite time of the year, and I can't wait to share the stage with my brother and with other singers. I made it! Yeah!" 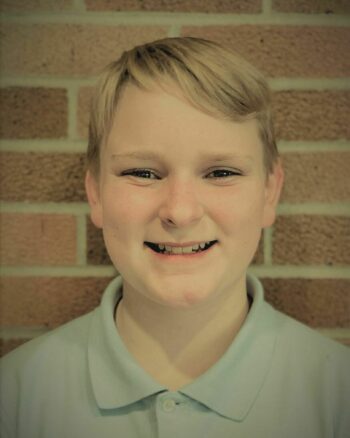 Liam Richardson is an exuberant 13-year-old who loves performing, whether as singer/actor, dancer, or on violin or piano. Recent roles include Lawrence in School of Rock (Omaha Community Playhouse), Asher in The Giver (Omaha Community Playhouse) for which he won Outstanding Youth Debut Award (2022), “Liam” in Finding Christmas (Omaha Symphony Christmas Celebration), George/Crikey (Omaha Symphony Mission: Imagination!), as a featured artist (Omaha Symphony Spooktacular), Genie in Aladdin (Disney Musicals in the Schools), Danny Zuko in Grease (Jewish Community Center) and as Ragazzi soloist in La Boheme (Opera Steamboat), Pagliacci and Tosca (Opera Omaha). This fall, he played the role of Nick Bottom in the Heartland Youth Ballet’s production of A Midsummer Night’s Dream. He looks forward to his debut performance as Amahl in Amahl in the Night Visitors in January 2023 with Résonance. He studies voice and piano at the Omaha Conservatory of Music, acting with Francis Sillau, violin with Anne Nagosky and dance at the Heartland Conservatory of Dance. When he’s not singing or playing an instrument, he enjoys making those around him laugh, playing chess with his dad, thrifting adventures with his mom or adventures with his Australian Cattle Dog, two long-haired cats or caique parrot (never at the same time, of course). He’s excited when he gets to share the stage with his parents, Tara Cowherd and Ernest Richardson.

Liam Richardson gives a sweet performance as the reticent and less than cool Lawrence. – Chris’ Corner for SCHOOL OF ROCK, Omaha Community Playhouse

Liam Richardson provides a splash of humor as Asher, a boy fretting about his imminent career assignment and a constant mispronouncer of words. – Chris’ Corner for THE GIVER, Omaha Community Playhouse 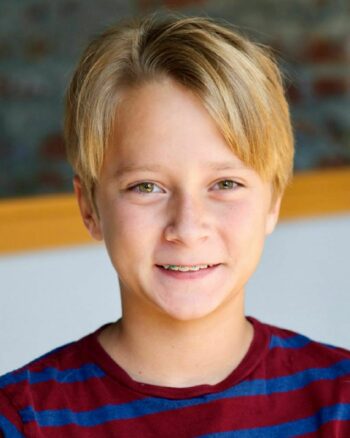 Thomas Rogers is happy to make his Omaha Symphony debut this holiday season. Previous credits include Billy in School of Rock at the Omaha Community Playhouse (2022), runway model in Omaha Fashion Week (2022), and Street Urchin in Annie at the Ralston Community Theater (2018). Thomas takes voice lessons from Cody Jorgensen at the Omaha Conservatory of Music and piano lessons from Teri Heil Piano Studio. He is in sixth grade at St. Margaret Mary School. Thomas’ hobbies include singing, acting, playing the piano, robotics, tennis, scouts, and drawing anime.

"I’ve just started more performing, and LOVE it. So I can’t wait for my first time with the Omaha Symphony. And for the holidays!!!”

A+ performances from the class came from Thomas Rogers . . . whose singing voice [is] angelic and utterly enthralling - Chris' Corner for SCHOOL OF ROCK, Omaha Community Playhouse. 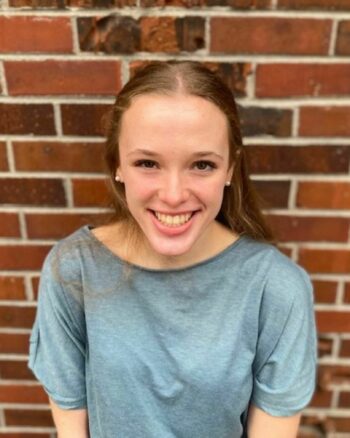 Claire Wegner is a freshman at Westside High School and loves any opportunity to be on stage. She currently performs with the Warrior Express show choir and recently played Jan in Westside Middle School’s production of “Grease.” She also has been studying violin since she was 4 years old, and loves playing with Frontier Strings and participating in other programs at the Omaha Conservatory of Music. When she’s not singing, dancing, or playing her violin, Claire loves reading, spending time with her dogs Ginger and Rose, and eating avocados.

"I have gone to the Symphony's Christmas Celebration with my family several times, so I am beyond excited to have the opportunity to be on stage this year and see everything up close! I also love Christmas music more than any other kind of music, so I can't wait to sing it and hear it even more this year!" 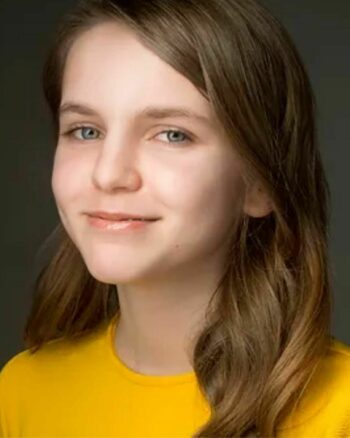 Lillian (Lilli) Westman is 14 years old and is a 2022 Omaha Conservatory of Music Merit Scholar, studying Voice with Karina Brazas and participating in the Rock Lab program as a vocalist. She dreams of being a Film Director.  In preschool, Lilli began theatre classes through the Rose, then Nebraska Shakespeare Camps, and Community Theatre productions with The Circle Theatre and Elkhorn Community Theatre.  She is currently in rehearsals to play Pippa in Spider’s Web at the Bellevue Little Theatre.  In her spare time, she loves writing, drawing, character creation, and make-up artistry.

Help these young artists lift your spirits this holiday season by coming to the Physicians Mutual Omaha Symphony Christmas Celebration!