The 2021 Physicians Mutual Christmas Celebration with the Omaha Symphony returns to the Holland Center, and we can't wait to welcome you back to Omaha's favorite reason to gather! Each year for this one-of-a-kind show, Maestro Ernest Richardson and director and choreographer Parker Esse draw upon an incredible pool of talent to build the show's cast, many of whom are Omaha natives—but we'll also welcome several Broadway singers, dancers, and actors from New York to join us here at the Holland. We want to introduce them to you!

Meet the cast of Broadway talent you'll see on stage, and be sure to grab your tickets to the Physicians Mutual Omaha Symphony Christmas Celebration December 16-19 while they're still available! 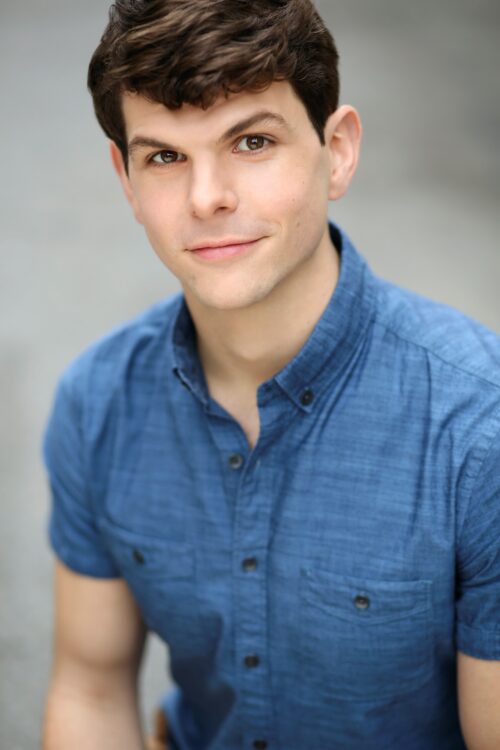 Will is thrilled to be celebrating the holidays with the Omaha Symphony this year! His recent Broadway credits include Kiss Me, Kate (Gremio), Hello, Dolly! starring Bette Midler (Ambrose Kemper), Holiday Inn, and An American in Paris. He will appear Off-Broadway in the upcoming new musical Between the Lines (Frump) in 2022. His recent regional engagements include Young Frankenstein (Igor) at the Ogunquit Playhouse, Holiday Inn (Ted) at Marriott Lincolnshire, Last Days of Summer (Stuke) at George Street Playhouse, An American in Paris at Theatre du Chatelet, The Music Man (Tommy Djilas) at Arena Stage, Fiddler on the Roof at Goodspeed Opera House, South Pacific at Paper Mill Playhouse, and many others. TV/Film: NBC’s The Blacklist (guest star). Will sends thanks to his incredible family, Mama, Daddy, Callen, and my love, Haley, as well as all his incredible teachers at CCCEPA and The University of Michigan, and his wonderful reps over at KMR. Happy Holidays!

Rapid-fire with ﻿Will ﻿Burton:

Q: If you could play any instrument in the orchestra, which one would it be?

A: Oboe. It sounds like how I feel when I'm walking around NYC. 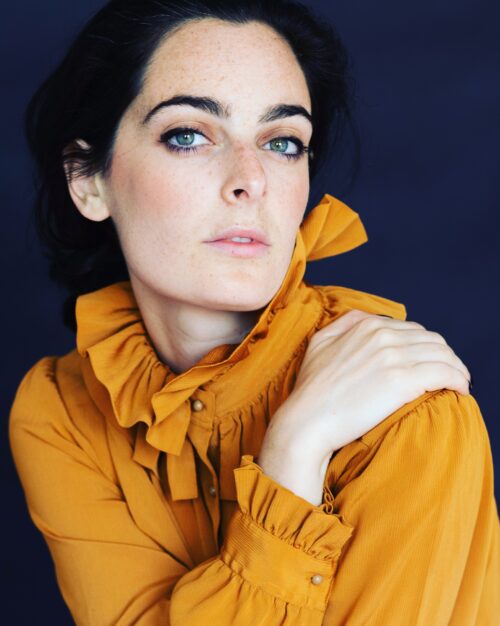 Hannah Corneau made her Broadway debut as Elphaba in Wicked. She starred as Edna St. Vincent Millay in the critically acclaimed Transport Group production of Renascence. Previously, she traveled around the country as Yitzhak in the First National Tour of Hedwig and The Angry Inch. Her Off-Broadway and regional credits include Daddy Long Legs, Evita, Fiddler on the Roof, Harmony (receiving an Ovation nomination), Les Miserables (receiving a Joseph Jefferson Award), Bloody Bloody Andrew Jackson, and A Little Night Music. She is also a member of the New York City music collective RANGE Music. You can find her on Instagram @hannahcorneau. 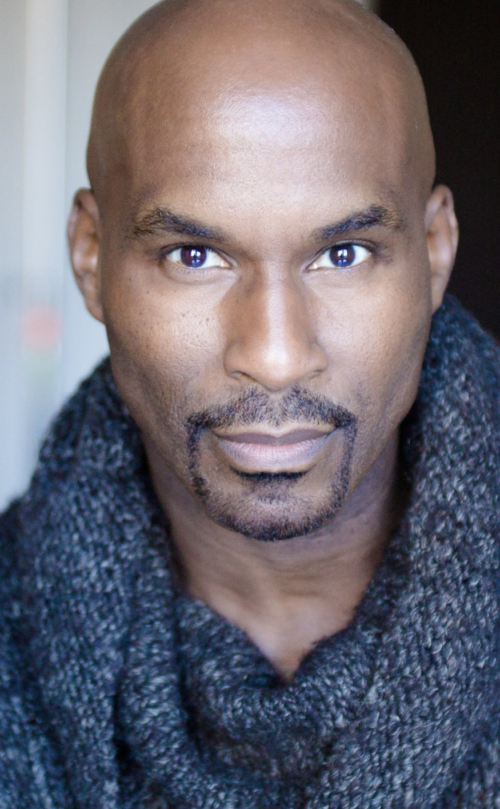 Alan H. Green’s Broadway credits include Charlie and the Chocolate Factory, School of Rock, Sister Act, and Play On!. He is featured on the original cast albums for Broadway shows including Broadway Bounty Hunter, Freaky Friday, and Carols for a Cure. Green has appeared on first national tours for The 25th Annual Putnam County Spelling Bee, Swing!, and Smokey Joe’s Café, and he toured internationally with Miss Saigon. His television credits include Almost Family, Unforgettable, Murphy Brown, 30 Rock, Peter Pan Live!, Law and Order SVU, and The Guiding Light. He has been a featured soloist all over the world from Radio City to the White House to the Mount of Olives in Jerusalem.

Green is a graduate of Rice University where he received a Bachelor of Arts in Vocal Performance. He is a board member and associate artist at Barrington Stage Company in Massachusetts where he created and starred in Holiday Getaway, which is streaming this holiday season. He serves as a deacon at Metro Baptist Church in Hell’s Kitchen in New York City. But of all his roles, his favorite is definitely that of uncle to his twin nephews, Aaron and Alan. You can find him on Instagram at @alanhgreen and online at www.alanhgreen.com.

A: I actually can play the string bass fairly well. 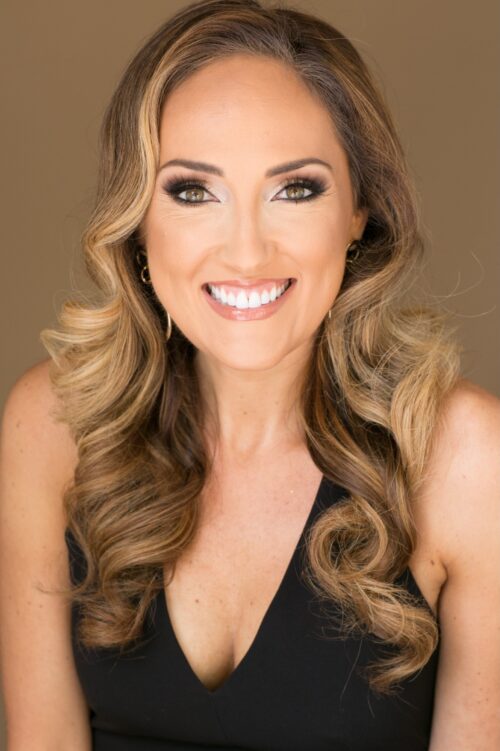 Tiffany Haas is a Broadway performer, concert vocalist, author and entrepreneur. She played Glinda in the Broadway and National Tour productions of Wicked. Prior to that, she toured as the dance captain for the Tony Award-winning musical The Drowsy Chaperone. Tiffany performs with numerous symphonies, regional theaters, and cabaret venues throughout the country. Tiffany is the Artistic Director of Destination Broadway, a musical theatre summer intensive held in New York City for young aspiring performers. A passionate teacher, she teaches master classes at colleges and performing arts schools throughout the country.

Tiffany studied opera and musical theater at the Cincinnati College-Conservatory of Music. During her time in Cincinnati, she won the title of Miss Ohio and went on to compete in the Miss America Pageant. She now serves as a judge for the Miss America system.

Her book, Waiting in The Wings: How to Launch Your Performing Career on Broadway and Beyond, is available on Amazon and Barnes & Noble and was selected as a “top read” by Playbill.com. Tiffany is a returning member of the Physicians Mutual Omaha Symphony Christmas Celebration. Find her on Instagram at @tiffanyjhaas.

A: They all fit together! I can’t possibly split them up!

A: Violin… It’s so close to the voice.

A: O Holy Night is my favorite Christmas song as it perfectly and magically describes the miracle of Christmas. Love it! But Mariah’s All I Want for Christmas makes me feel like I’m in my own Christmas music video. So…. Did I answer the question? 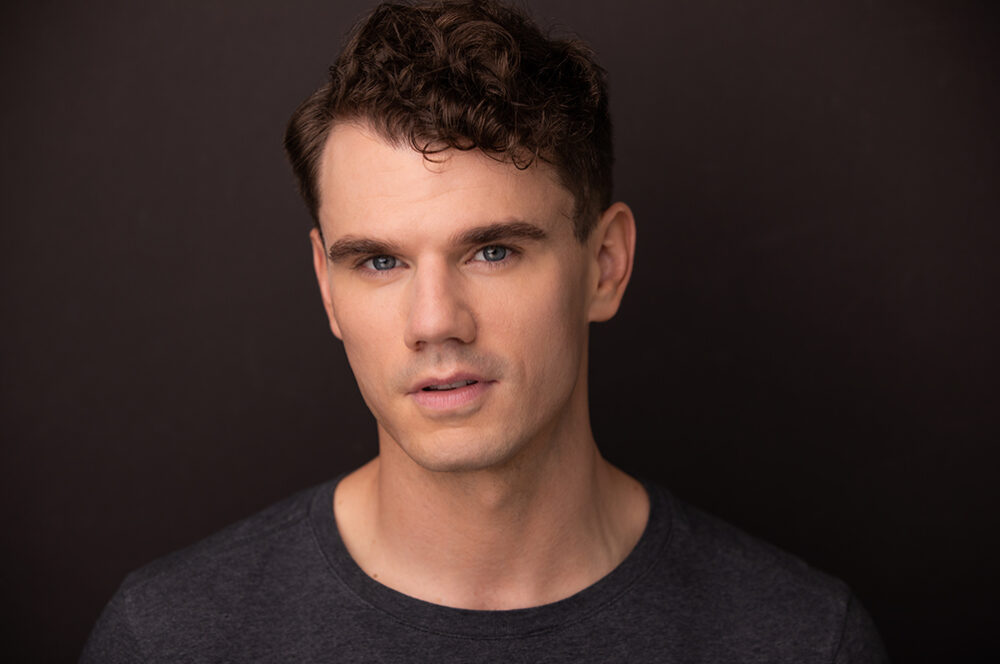 Jay Armstrong Johnson’s Broadway credits include On the Town, Hands on a Hardbody, Catch Me If You Can, Hair, and Phantom of the Opera. His Off-Broadway/New York credits include Scotland, PA (receiving Drama Desk and Lucille Lortel nominations and named as an Outer Critics Circle Award honoree), Darling Grenadine (Roundabout Theatre Company), A Chorus Line (New York City Center), Candide (New York City Opera), Sweeney Todd (New York Philharmonic), The Most Happy Fella (Encores!), Terrence McNally’s Fire and Air (Classic Stage Company), The Mad Ones, Working (Prospect Theater Co, receiving a Drama Desk Award), Wild Animals You Should Know (MCC Theater), and 35mm: A Musical Exhibition. He has appeared in concert at Carnegie Hall, Lincoln Center, Kennedy Center, and the Hollywood Bowl. His television and film credits include Quantico, Sex and the City 2, and Law & Order: SVU. His album, Jay Armstrong Johnson LIVE at Feinstein's 54 Below, is available on iTunes and broadwayrecords.com. He served as executive producer, creator, director and star of the award-winning annual Halloween extravaganza I Put a Spell on You, benefiting Broadway Cares/Equity Fights AIDS! Find him on Instagram at @Jay_A_Johnson.

Q: Singing, acting, or dancing (you have to pick one):

Shina Ann Morris’ Broadway credits include Tootsie, Anastasia, Holiday Inn, Cinderella, Annie, Nice Work If You Can Get It, Anything Goes, and West Side Story. Her Off Broadway credits include Unsinkable Molly Brown, and she appeared on tour in the cast of Chicago. Her New York credits include Encores!, The Most Happy Fella, and Bells Are Ringing. She has appeared on television and in film in projects including Death Saved My Life (Lifetime) and Olga Dies Dreaming (Hulu). She earned her Bachelor of Fine Arts from the University of Michigan. Shina is thrilled to be celebrating the holiday season here in Omaha and sends love to her teachers, mentors, family, Sasha, mom, and Mark. Find her on Instagram @shinamorris.

Q: What’s one Christmas song you could go without ever hearing again? -

A: Simply Having A Wonderful Christmas Time.

A: David Phelps’ Joy To The World/For Unto Us A Child Is Born. 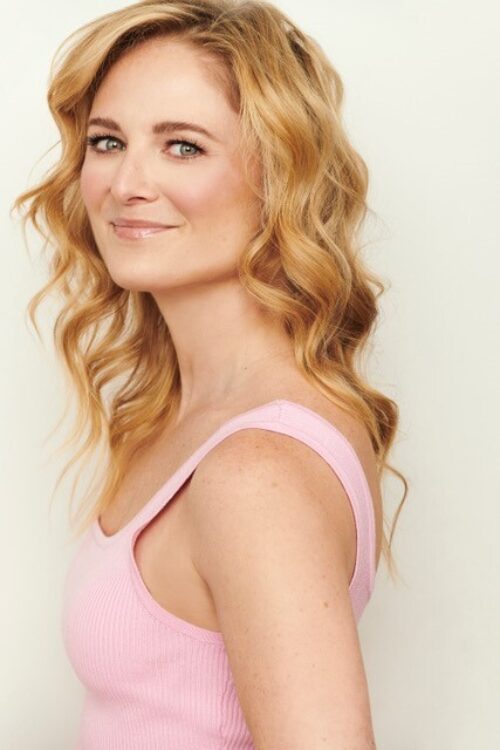 Overland Park, Kansas, native Hayley Podschun has been working consistently as a professional actor since the age of 10 and first appeared on Broadway at the age of 12. With eight Broadway shows, two national tours, film, television, and voiceover work, and a stint as guest host on QVC for Zodiac Shoes, she is a true triple threat. Her Broadway credits include Glinda in Wicked, Hello, Dolly!, Something Rotten!, Chaplin, Anything Goes, Pal Joey, Sunday in the Park With George, Hairspray, and The Sound of Music. Her New York credits include Anna Murphy in I Married an Angel at New York City Center Encores and Julianne Moore’s Freckleface Strawberry Off-Broadway where she originated the titular role. She has appeared in television and film in multiple productions including Hairspray, The Blacklist, Louie, Isn’t It Romantic, and Hail, Ceasar. She can be found on Instagram at @hayley_podschun.

A: Too hard! Singing.

A: The piano! Then I could learn so many songs!

A: Christmas Shoes. Don’t get me started.

A: Santa Can You Hear Me by Miss Britney Spears. 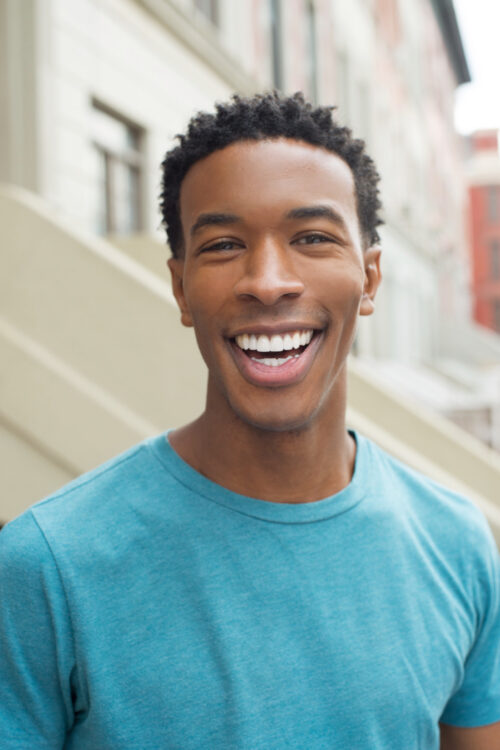 Houston, Texas, native Justin Prescott received his Bachelor of Fine Arts in Dance from SUNY Purchase College. Shortly thereafter he made his Broadway debut in the revolutionary hit Fela! He then continued his Broadway career as a performer in Gigi, After Midnight (dance captain), Motown, Cirque du Soleil's first Broadway show, Paramour, Charlie and the Chocolate Factory, Head Over Heels, Kiss Me Kate, and Moulin Rouge. Additional performing credits include the world premiere of The Honeymooners (Papermill Playhouse), A Chorus Line (The MUNY), The Golden Apple (New York City Center Encores!), American Dance Machine for the 21st Century, Mark Stuart Dance Theatre's Standard Time, the National Tour of Memphis the musical, and Scottsboro Boys at the Ahmanson Theater. His television and film credits include In the Heights, FX’s POSE, Neil Patrick Harris' Best Time Ever, The Tonight Show with Jimmy Fallon, The Today Show, The Tony Awards and NBC's Smash. He is a returning member of the Physicians Mutual Omaha Symphony Christmas Celebration.

A: Well, I was a percussionist before I started performing but I've always wanted to play the French horn!

Get your tickets for the Physicians Mutual Omaha Symphony Christmas Celebration now!

We're excited to introduce you to some amazing new musicians who have recently joined our roster! Some of them have played with us before and some are brand new so make sure you keep your eyes out for them at our next performance.
Read More