Get to know the dazzling actors, singers, and dancers who will be gracing the stage at the 2022 Physicians Mutual Omaha Symphony Christmas Celebration! 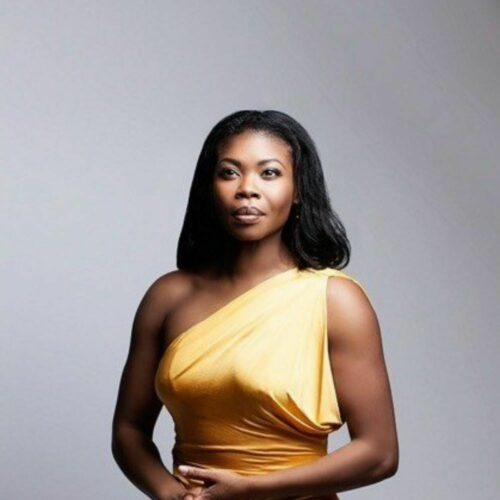 Darlesia (Dar.lee.see.ah) Award Nominee recently appeared as Diana in Next to Normal at Westport Country Playhouse for which she is nominated as Best Actress in a Musical by Connecticut Critics Circle Awards was last seen on Broadway as Erzulie: Goddess of Love in TONY AWARD winning Revival ONCE ON THIS ISLAND.  Appeared as original cast member and performed as "Lottie Gee" in Audra’s McDonalds stead in the amazing Broadway musical SHUFFLE ALONG... She has performed on Broadway as “Nettie” in The COLOR PURPLE, “Sarah” in RAGTIME for which she received a Helen Hayes Nomination, and THE GOODBYE GIRL! She won the BTF award for Outstanding Supporting Actress in a Musical for Nina Simone: Four Women at The Berkshire Theatre Group.  Her television credits include: Guest Stars on HIGH FIDELITY, MADAME SECRETARY, FBI, HOUSE OF CARDS, ELEMENTARY, LAW & ORDER SVU and NURSE JACKIE. Upcoming: The World Premier of HOW TO DANCE in OHIO as Johanna.  Catch her on the episodic THE WATCHER (Netflix). Find out more at https://urvisionhousse.com/ 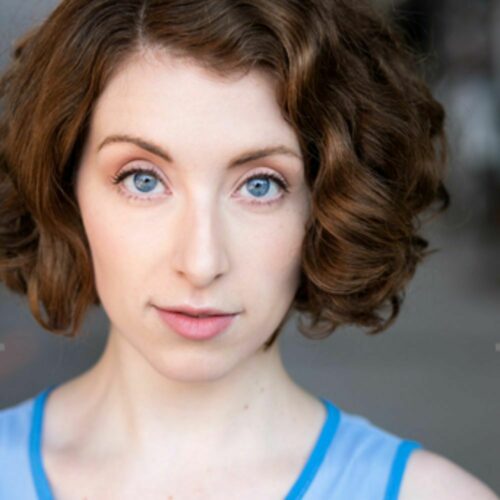 This is Darien’s first year with the wonderful Omaha Symphony Christmas Celebration, but she’s no stranger to holiday shows! For many seasons, she has toured the country with Irving Berlin’s WHITE CHRISTMAS and made her Broadway debut with HOLIDAY INN, featured as one of the tap-dancing-jump-ropers (find her on PBS Great Performances and Macy’s Thanksgiving Day Parade). Other NYC credits: City Center’s PAINT YOUR WAGON and LADY, BE GOOD (dancing with Tommy Tune) and most recently CHEEK TO CHEEK at the York Theatre. TV credits: FOSSE/VERDON and MARVELOUS MRS. MAISEL. Darien enjoys traveling (Omaha is a new city for her) and performing at regional theatres including Goodspeed, Cape Playhouse, The Muny, Paper Mill Playhouse, PCLO and The Lex. Earlier this year she also performed internationally in Paris with physical comedy experts from the Jacques Lecoq School in the regional premiere of YŌKAI.

"So much love and thanks to Parker! Wishing everyone a beautiful holiday season." 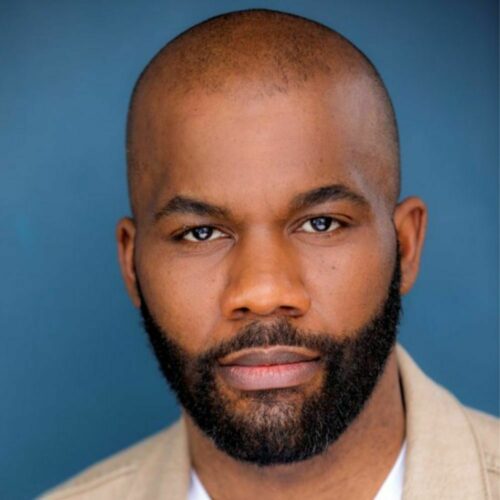 J.Daughtry a graduate of Bethune Cookman University is a Theatrical, Gospel and R&B singer and Actor on both stage and screen. From his humble beginnings in Bartow, Florida, his gift has taken him all over the world singing backup for several R&B and Gospel Artist that include the Billboard Charting and Grammy nominated Anthony Brown and Group TherAPy, Patti LaBelle, Donald Lawrence, Bobby Jones Gospel and Kirk Franklin. He has appeared on Broadway in Shows including Ain’t Too Proud…, The Color Purple, and Beautiful. He has toured with shows such as Cirque du Soileil Motown The Musical and Miss Saigon. Singing, acting, and performing is his passion and there is little doubt that it is exactly what J.Daughtry was born to do. Pulling him from moment to moment, it gives his life momentum as it takes him in new and exciting directions. First giving Honor to God he also credits his mother as being his true inspiration and his number one influence along with a handful of pastors and motivational speakers that have seeded his faith and vision. In his spare time J.Daughtry spends a great deal of time helping those in need through his philanthropic effort Helping Hands. In fact, some of his proudest moments happen each quarter, when he is able to donate finance, food, and clothes to the homeless and those who need it most. 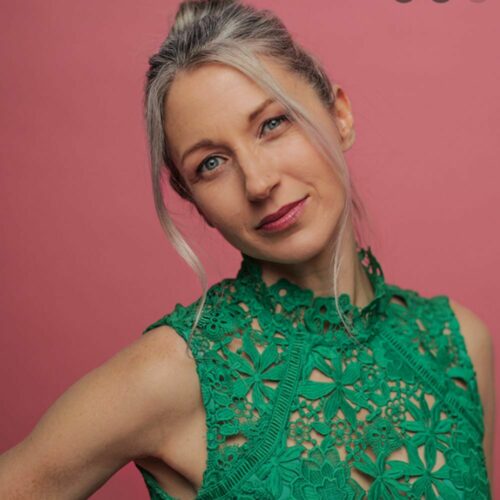 Sara is an actor, singer, and writer living in New York City. Broadway credits include: Christine Daaé in The Phantom of the Opera, Jellylorum in CATS, Smitty in How to Succeed In Business Without Really Trying, Petra in A Little Night Music and Finian’s Rainbow. Sara holds the unique distinction of performing in two Broadway shows in the same week; Petra in Night Music and Christine in Phantom of the Opera. Off Broadway: Louisa- The Fantasticks (Original Revival Cast). Currently, Sara can be seen starring in her hit dark- comedy web series, The Aging Ingenue, which she also co-wrote; now streaming on BroadwayWorld.com! Sara has appeared as a star soloist numerous times at venues such as Carnegie Hall, Lincoln Center, and Disney Hall. Sara graduated with a BFA in Acting from Carnegie Mellon University’s prestigious Drama program. 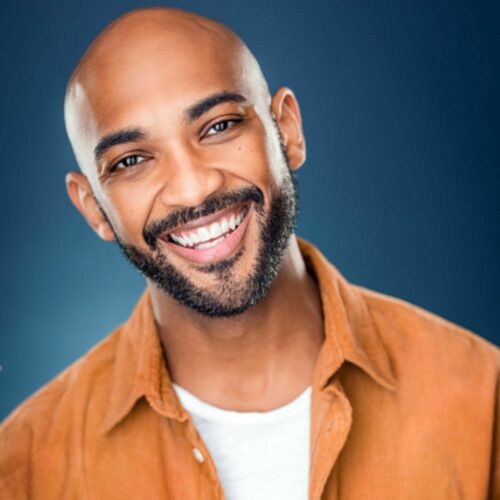 Darrell is so excited to ring in the holidays with the Omaha Symphony! Most recently he was seen Off-Broadway in Cheek to Cheek: Irving Berlin in Hollywood at the York Theatre. Prior to that you may have seen him traveling the country with the Jesus Christ Superstar 50th Anniversary tour. Some of his favorite roles have been Paul in Kiss Me, Kate, Bobby in A Chorus Line and Fred in Smokey Joe’s Cafe. Other selected credits include Damn Yankees (National Tour), Holiday Inn (Goodspeed, The MUNY), 42nd Street (Bucks County Playhouse), and A Christmas Carol (Denver Center). Many special thanks to Parker and also his amazing family and friends that continue to believe in him. You can follow Darrell on his crazy adventures at www.darrelltjoe.com or on Instagram @darrelltjoe. Happy Holidays! 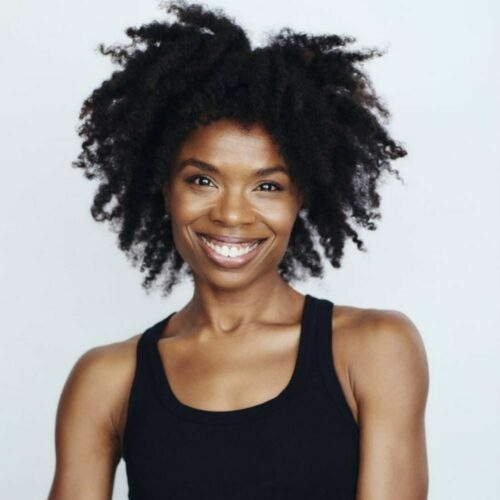 Erin Moore is a versatile artist, performing across mediums and genres. She earned her BFA at Fordham/Ailey, and joined Philadanco, performing contemporary ballet and modern repertory in the US and abroad. Some credits include- HBO’s Boardwalk Empire, Netflix’s A Very Murray Christmas, and appearances on The Tonight Show and Saturday Night Live, including with Kanye West. Theatrically, she was in the original Broadway casts of the revival of Follies, the Tony award winning After Midnight, and Shuffle Along choreographed by Savion Glover. In the classical realm, Erin was in the company of Rigoletto at The Metropolitan Opera and was featured with the San Francisco symphony in a role conceived for her by choreographer Pat Birch and maestro Michael Tilson Thomas. Most recently she can be seen in the finale of Fosse/Verdon on FX, season 3 of The Marvelous Mrs. Maisel and Lin-Manuel Miranda’s Tick, Tick...Boom, on Netflix. Erin is happy to be back at Omaha Symphony this year! 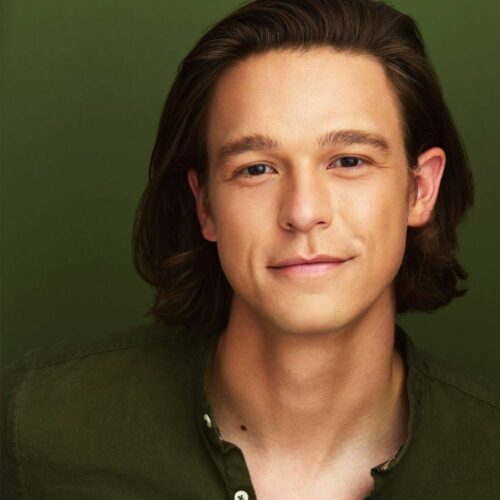 J Savage is so excited to spend Christmas with the Omaha Symphony! A New York based actor, recent credits include Newsies (Davey), State Fair (Pat Gilbert), Carousel, and Something Rotten. Aside from theatre, he is an avid rock climber and song writer. During the pandemic, he moved West, bought a van, and taught preschool to the rangers kids in Yellowstone National Park, an experience recounted in his one man show, Farewell to the West. Just prior to this, he was Yellwstone's 2022 artist in residency and he will be making his Broadway Debut early next year. Major thanks to Parker and the whole team! 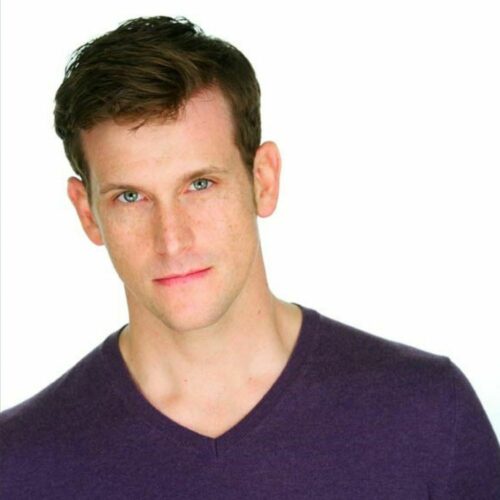 Kevin Vortmann is thrilled to return for his 11th appearance with The Omaha Symphony! Favorite Broadway and Off-Broadway credits include: A Little Night Music, Death Takes a Holiday, Most Happy Fella, On the Town, The Pirates of Penzance, Showboat, Paint Your Wagon, Lost in the Stars, Stairway to Paradise, Juno, and Children and Art. He has been a featured soloist with the Philadelphia Orchestra, San Francisco Symphony, New York Philharmonic, Baltimore Symphony Orchestra, Cincinnati Symphony Orchestra multiple engagements at Carnegie Hall, Avery Fisher Hall and the Kennedy Center. Recordings include: Celebrant in Leonard Bernstein’s Mass with the Philadelphia Orchestra (2018), West Side Story (Grammy Nomination -2014), Bernstein’s Mass (Grammy Nomination - 2010), Face the Music, Paint Your Wagon, and Roberta. Love to family - especially Amanda, Colin, Lucas, and Mom!