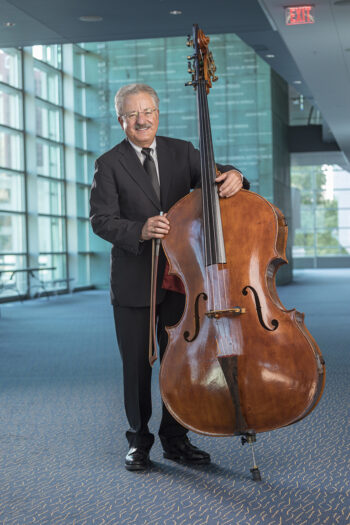 Before joining the Omaha Symphony in 1983, he began his career as the Director of Orchestras for the St. Joseph Public Schools in his home town of St. Joseph, Michigan. In 1978 he was asked to be the first conductor of what is now the Lake Michigan Youth Orchestra.

Ritchie performed frequently with the Detroit Symphony in Orchestra Hall in Detroit, as well as on DSO 1998 & 2001 European tours, and a Goodwill Tour of Michigan in 2002. A former member of the Florida Orchestra (Tampa Bay) and the Grand Rapids Symphony and Kalamazoo Symphony in his home state of Michigan, he has also performed with the Atlanta Symphony, the Indianapolis Symphony and the Kansas City Symphony. An avid recitalist, he has performed on many local recital series as a soloist and with his colleagues from the Omaha Symphony.  In 1997, he performed at the Montreux Jazz Festival with the Nebraska Jazz Orchestra and occasionally leads his own jazz quartet.  During the summer, Bill performs with the Grand Teton Music Festival in Jackson Hole, Wyoming.

Bill is married to Patty Ritchie, a professional cellist and the former Director of Orchestras at Millard West High School in Omaha.