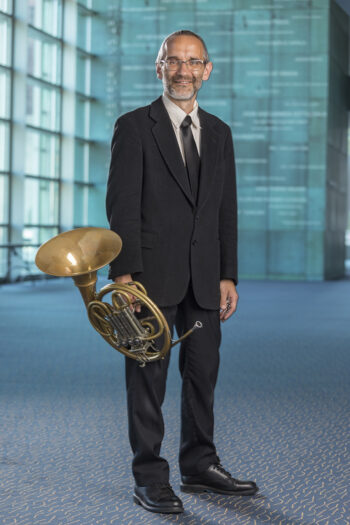 Ross Snyder has been a member since 1996 of the Omaha Symphony, where he is currently Associate Principal Horn.  He also served appointments in the Honolulu Symphony and the Kansas City Symphony.  Mr. Snyder has been a guest player with the orchestras of Chicago, St. Louis, and Cincinnati, and many others.

He has performed chamber music in the Sapporo (Japan) Pacific Music Festival, Chamber Music Hawaii, and as a member of both the Omaha Symphony Woodwind and Brass Quintets.  He was a founding director of the Omaha Chamber Music Society and performed on its inaugural Summer Concert Series in 2002.  Mr. Snyder studied primarily with Ellen Michaud-Martins, Thomas Bacon, William VerMeulen, and Dale Clevenger.